A few days ago, Apple released the latest operating system - iOS 11. iOS 11 has added many new features. The first thing is to update the iMessage feature, update the sticker, and redesign the APP drawer. It also updated the camera APP, first of all, the mobile phone camera can automatically identify two-dimensional code, to open the page or payment. In addition, also support a new generation of image compression technology, it can make your photos in the premise of keeping and the same image quality, the file size is only half of the past, this means that the user will have more space to store more pictures and other content.
The new system merges the lock screen with the notification center, and now the call center is brought up even from the top of the screen, even at the lock screen interface.
However, the emergence of the new system is not so perfect. After all, the system has just been developed, there are many deficiencies. With the use of people, there are sure to be more and more problems.
In fact, many people just finished upgrading iOS 11, and the system crashed, or the iOS devices stuck in Apple logo screen/recovery mode/reboot loop and other iOS system issues. This situation is not a special case, many users of iPhone will encounter this problem. At this point, you need a powerful software to help you, because it's not easy to get your iPhone, iPad other other iOS device back on track. iOS System Recovery has made it easier as never before for users to get iPhone, iPad and iPod touch out of white screen, Recovery Mode, Apple logo, black screen, and fix the issues when your iOS device perform abnormally. It is important that it will not cause any data loss while repairing the iOS system issues. But one thing to note is that after you use the software, your cell phone will become non jailbreak and automatically updated to the latest system. If you have unlocked your iOS device before, then it will be re-locked again.

Well, let's see how to properly use this software to get your iPhone/iPad back to normal.

Step 1. Connect your iPhone/iPad to PC

Launch the iOS System Recovery and choose System Recovery from the main window. At the same time, use the USB data line to connect your iPhone, iPad, or iPod touch to the computer. When the computer detects your iOS device, click "Start" to continue the process. 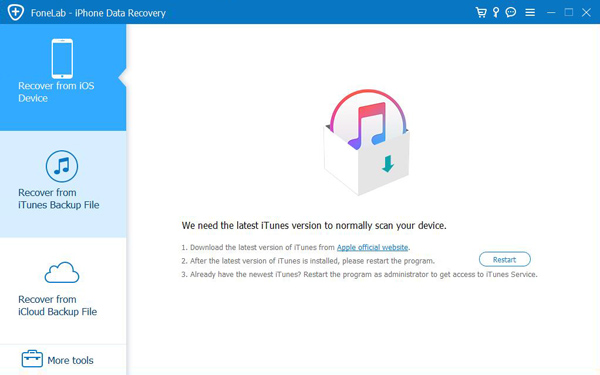 At this point, you have to select your phone model and firmware information and download firmware here. Make sure your network remains stable during download.

Step 4. Fix iOS to normal status for your iPhone/iPad

After the download firmware is complete, the program will automatically start repairing iOS and let the iOS device work properly. Once the repair process is complete, your iPhone/iPad will normally restart to normal mode. 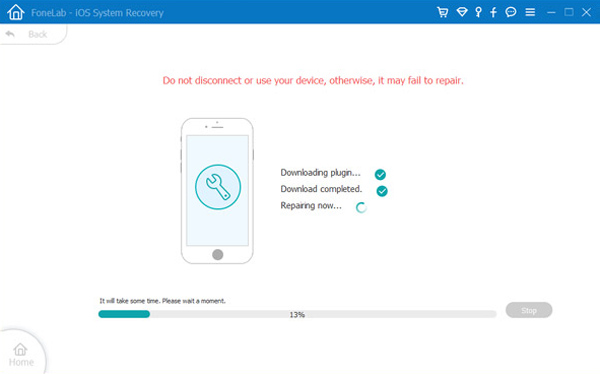